Please activate JavaScript to be able to view the site completely - How to enable JavaScript?
Laston - Elorah Productions

You are here: Home -> Laston 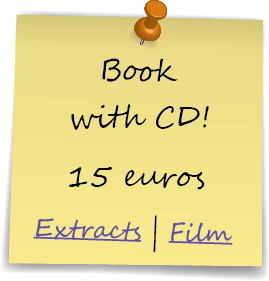 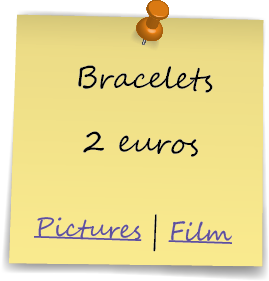 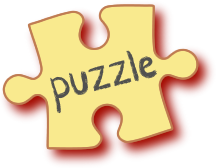 The little prince of the Orphanage

"It is the time you have wasted for your rose that makes your rose so important" (Antoine de Saint-Exupéry, The Little Prince).

Some days before the beginning of Advent, a little prince arrived at our house: black, delicate and bright as the stars that shine in the firmament. He seemed to have been dropped from another planet. Little by little, he became the most important person of our great family. His name is Laston, he is seven months old and the planet where he is coming from has a terrible name: "death and misery". When you will know the history of this baby, you will understand why his planet has such a terrible name.

More or less three years ago, the grandmother of our baby lost her daughter-in-law: she passed away some days after giving birth to a boy. The Catholic community of Munema, the village where the deceased and her family were living, asked me to look for a place for the newborn. The Sisters of Mother Teresa of Calcutta responded positively to my request and were ready to welcome the baby; however, while I was already on my way to Munema, some people called me and told me that the baby's grandmother had decided to keep him and to take care of him. A few months later, I heard that, unfortunately, the baby had followed his mother to the house of the Father. This year, on April 24, the daughter of the same grandmother gave birth to twins: our Laston and a little girl. Ten days later, the mother died and the grandmother had to take care of the twins. Some days later, the little girl died. The grandmother did her best to keep the small surviving alive but, due to the lack of means, it seemed that the baby would follow the same path as his cousin, his mother and his twin sister.

Before this gloomy context of misery and death, the Catholic community of Munema asked me to welcome the baby. At the beginning, the grandmother was fiercely rejecting this proposal. Then, Mrs. Mwanza, one of the leaders of the community, called the father of the baby. After the death of his wife, he had decided to go back to his native village, near Livingstone, far away from Munema. Not many words were needed to convince him. He knew very well that his mother-in-law, despite her best efforts, was unable to take care of Laston; Therefore he agreed for his son to live with us. Without much enthusiasm, the grandmother had to change her mind and to accept to be separated from her grandson. As our house is situated near Munema (more or less one hour walking), she promised to visit her grandson as often as possible.

When he arrived at the centre of the Sunflowers family, Laston seemed very weakened: he weighed only three kilograms; his yellowed hair, his extinct eyes and his bloated belly were clear signs of malnutrition. It was obvious that this child was not used to drink milk and that every day, he was only receiving maize flour dissolved in a little warm water. The 92 orphans of our house were very happy with the presence of the baby. All! Except Natasha. When she saw Laston in the arms of Mama Alice, she felt that somebody else took her place and she burst into tears. When I asked her to explain to me why she was crying, she looked at me in the eyes, and instead of calling me "daddy", she replied by calling me "boss". I took her in my arms and I tried to explain to her that the baby was her little brother and that he needed much tenderness. Then I put the baby in the arms of Natasha and I winked at her: a brilliant smile enlightened her face.

All of us had to reorganize our life in order to be sure that Laston could feel himself at home and to help him to overcome malnutrition. Mama Alice who had lost her last born son two years ago, bitten by a snake, assumed the responsibility of coordinating all our efforts. Two boys and two girls each in turn are feeding the baby around the clock, bathing him and laundering his nappies. A homemade cradle was installed in the room of the small children near to the beds of Natasha, Elvis and Mapalo. Together with the baby and Bryan, I travelled to Kabwe town in order to buy milk and everything a baby needs to grow and develop harmoniously. After shopping, we visited Doctor Cyrille, a good friend of our family. He made a good checkup of the baby and diagnosed that he was suffering from malnutrition (a sickness we were suspecting since we saw the baby). We came back to Mulungushi Agro and did our best in order to respect the doctor's advices. The following day, early in the morning, Mama Alice told me that the baby had diarrhea since several hours. Big fuss! Without waiting one more minute, we took again the winding path that leads to Kabwe, and after seeing the doctor, we decided to put Laston in the hands of the Sisters of Mother Teresa of Calcutta for four or five days.

Two weeks ago, the famous grandmother came to our center to see her grandson. A big smile enlightened her face when she realized that the baby had doubled in weight and that all the inhabitants of our house were treating him with great fondness. Laston has changed our lives; he is our priority, we give him the most important part of our time. He is like the rose of the "Little Prince" written by the famous French poet, Antoine de Saint-Exupéry. Let us remember the words of the Fox to the Little Prince: "It is the time you have wasted for your rose that makes your rose so important".

Now, we are going to celebrate Christmas. With this little black prince among us, this big feast will have a very special flavor in this orphaned baby, God's heart throbs and vibrates among us. In the bright eyes of Laston, he tells us once more that we only can reach the true joy when we kneel at the feet of the weakest. There and only there we can meet God! There and only there, we can find peace! There and only there we can celebrate Christmas! Some days before the feast of the birth of Jesus, looking at our last born son, I am convinced that God always offers us very special people who feed our hope and remind us that the essential is invisible to the eyes... By the way, this morning, Laston has pronounced his first word: "Tata" (which means "daddy")...
Merry Christmas from the bush of Zambia!